The first name associated to matte painting photography working in Argentine was Oren “Bob” Roberts. Born in California U.S.A,  brother of Irmin Roberts, he started to work at  Paramount Studios around 1921 as FX cinematographer. He moved to Buenos Aires around 1935 and remained there for the rest of his career until middle 50´S.

Another  pioneer was Ralph Pappier born at 1914, Shanghai, China. At 1936 he moved to Bueno Aires, where he developed a career as art director and director. Making use of his artistic skills, he was responsible for the special effects at most of his films. He used very often glass painting shots on films like: Madame Bovary (1947) or La guerra Gaucha (1942)

Working very often with Pappier was  cinematographer Americo Hoss. Born at 1914 in Budapest, Hungary, was a prolific  cinematographer. He moved to Argentine around 1935, started his career at San Miguel Studios in Buenos Aires where he worked  as special effects cinematographer, specially collaborating with Ralph Pappier and  art director Gori Muñoz. 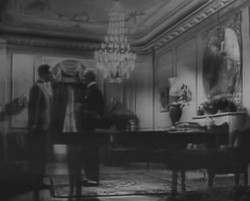 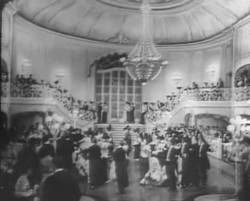 For the film  “La dama duende” (1945) they used a matte painting or a foreground miniature to complete the set with a ceiling. My guess is the second option. 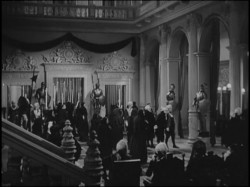 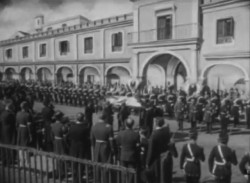 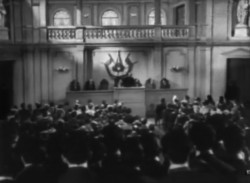 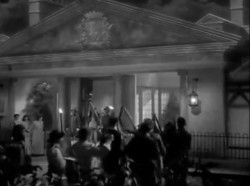