During the 1930s, McManus worked primarily as an editor and edited many films and shorts, including those featuring Laurel and Hardy and the Our Gang characters. He joined Hal Roach studios where he worked alongside editor Howard A. Smith. They shared editorial work on the Laurel  & Hardy  series of short comedy films  “Our Gang”

Mcmanus also worked as a visual effects artist, designer, and matte painter. He is best known as the designer for the appearance of the Emmy award statuette and symbol for the Academy of Television Arts & Sciences. 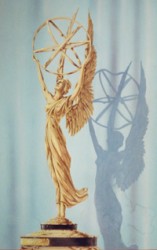 Louis (Luis Manuel ) McManus – a matte artist from Hal Roach Studios who painted with Jack Shaw on SWISS MISS and others. Also worked with John Fulton and Cosgrove as a painter on JOAN OF ARC in ’48 and many tv series for Howard Anderson such as UNTOUCHABLES and the film JACK GIANT KILLER. Also did design and illustration work, and also art painting for galleries. 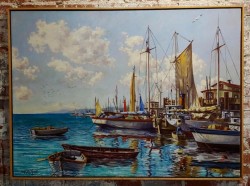 Filmography as a matte painter: 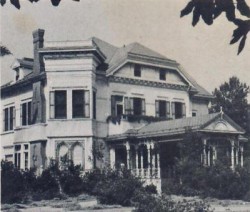 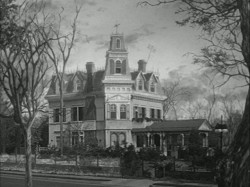