From an interview at ‘Little Shoppe of Horrors’ magazine:

“I knew from a very early age that I wanted to be an artist, and, eventually, against strong opposition from my parents who were against the idea of art as a career, I took the entrance examination and went to Art College. At that time I had absolutely no idea of a career in films – in fact, I was aiming very much towards a career in advertising. But as luck would have it, towards the end of my art course my work was noticed at an exhibition by a man who worked in films, and he offered me a job. He ran what was really a small SPFX department producing main titles for films, which was part of the J.Arthur Rank organization. In those days, a main title was nearly always a special effect. The title appeared ‘out of the sea’, ‘blew away in the desert sands’ or ‘spun out of the sky’ – or something like that. So in a way, I learned the rudiments of producing visual effects and about cine cameras because it was one of my jobs to load and unload the cameras”.

Melrose went later to work at Shepperton Studios as a scenic artist and matte painter under Wally Veevers. He remained painting background and glasses until the middle eighties. He did some matte paintings using an early version of Paintbox for BBS´s TV series The Hitch Hikers Guide to the Galaxy (1981)

” Steve Begg”
I met Peter Melrose on a commercial that was being directed by Gerry Anderson in the mid-eighties. Peter was the art director on that but did do a foreground glass shot as well. I was doing stop-motion on it.
I seem to remember him telling me that he was one of the first people to use ‘Paintbox’ to do mattes for TV. I think he said he’d done some of the mattes on the BBC’s ‘Tripods’ series using it.
I next met him on Aliens, were Bob Skotack had brought him on to do the matte-painting of the Earth seen in the ‘Gateway’ hospital seq.
He seemed a nice guy and was keen to talk about his past work.

Peter Melrose in the background left painting a glass for Roman Polansky film “Dance of the Vampires”. 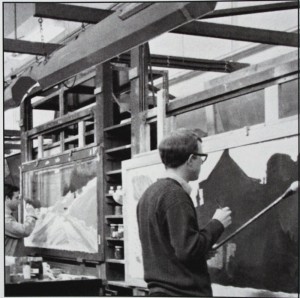 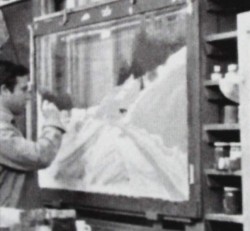 matte painting from The trail of the Pink panther.

Painting backdrop for The Lion in Winter. 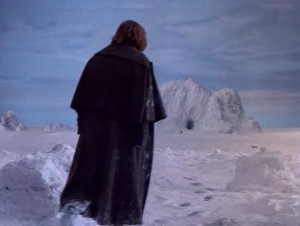 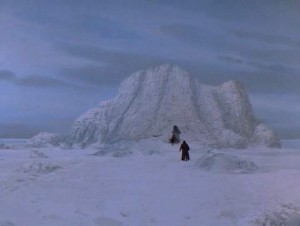 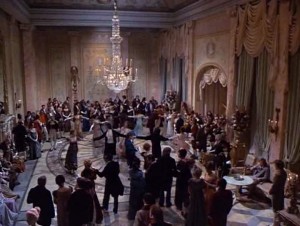 - Fiddler on the Roof (1971) (scenic and matte artist) Left image is a matte painting (upper part of the frame) enlarging the set. The right image of the cemetery was filmed into Pinewood Studios using a large painted backdrop. 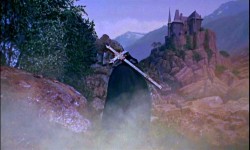 - The Spy Who Came in from the Cold (1965) (scenic artist) Two backdrop paintings. 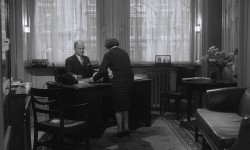 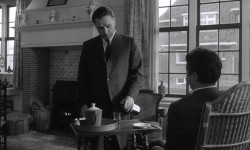 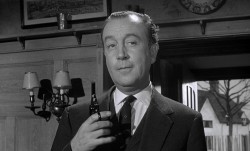