Alan Maley was a British scenic artist who used to work as a freelance at Shepperton and Pinewood Studios. He made some matte works for Wally Veevers during the sixties. Maley was at the scenic and matte painting unit under Peter Ellenshaw for the Disney movie “In search of castaways” (1962) filmed at Pinewood Studios. Ellenshaw was very happy with him and some years latter Maley went to the USA to work at Disney matte department under Ellenshaw at 1966.  He became head of the matte team in the seventies until his retirement from Disney at 1975.  He went back shortly to matte paintings at the 80´s to be matte painting supervisor at ILM.

Alan Maley working on a painting from Dragonslayer. 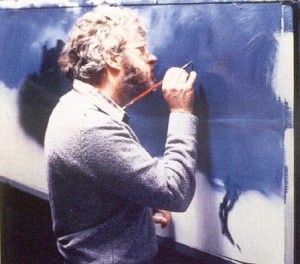