By Gerald Larn:
“I spent 3 years studying at Farnham School of Art where I specialised in Painting. In my final year I won a competitive scholarship to the Slade School of Fine Art, University College , London .
After leaving the Slade School , I exhibited paintings in London at the Temple Gallery, Redfern Gallery and Selfridges Art Gallery .
In 1964 (age 32) I met Bob Cuff. He was on the point of leaving Shepperton to join forces and form a Special Effects company with John Mackie. He asked if I would be interested to step into his shoes and fill in the gap he was leaving in the Effects department at Shepperton.
After discussing the matter with Head of Department Wally Veevers, and showing him some of my work, it was agreed I should fill the vacant Matte Artist position.
Later, following the departure of Wally Veevers, I remained working in the Special Effects Department under Ted Samuels until the break up of the Studio in 1975. 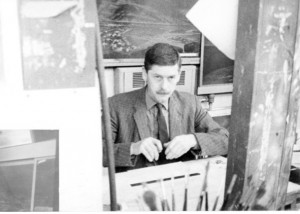 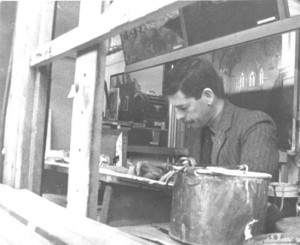 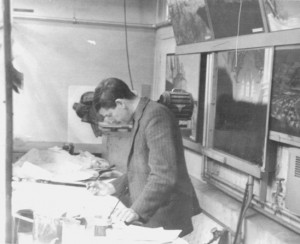 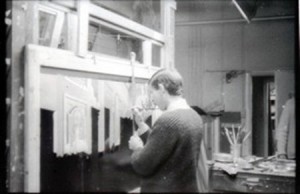 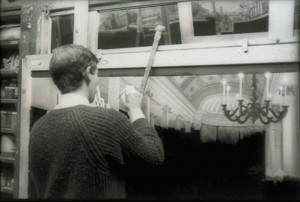 Larn with the painting of Anne of the thousand days. 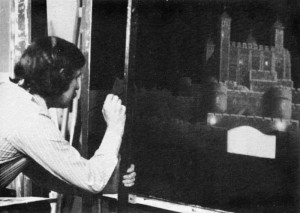