Filmography:
Juan Larrinaga worked with his brother Mario on several films like King King (1933) at RKO pictures painting backgorunds and miniatures. Born was in San Antonio, Baja California, in 1885. He studied at the Academy of San Carlos in Mexico City. He was a naturalized U.S. citizen who had worked as a set designer on Cecil B. De Mille’s King of Kings and White Gold. Worked at Columbia Pictures as matte artist for some years.
He also contributed as acenic artist on many films and had an extraordinary career as mural painter and architectural renderer.
He painted “The March of Transportation mural” for the San Diego Air & Space Museum, at 1936. The Mural is 20 Feet High & 450 Feet Long and has been restored in the 1980′s.

Image of the San Diego Mural. 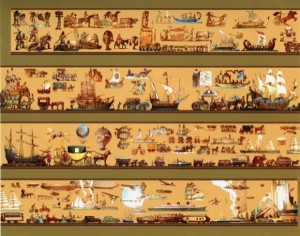 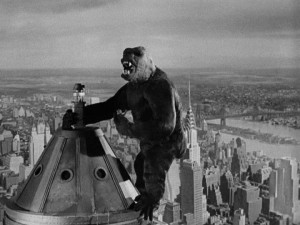