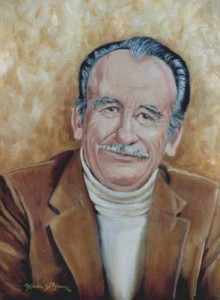 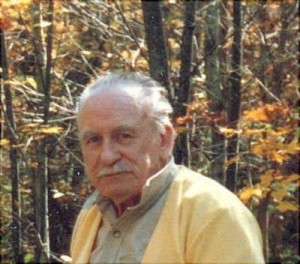 A full biography written by his daugther Breirdre can be read at:

Small biography:
Since his birth in Powers, Michigan, in 1913, Lee LeBlanc’s life has been filled with creativity. He attended LaFrance Art Institute, Philadelphia; Art Students League, New York; Chiunard School of Art and Jepsen Art School, both in Los Angeles. He was tutored by Nicolai Fechin and by Will Foster.

Lee was a commercial artist until 1939 when he joined Walt Disney.
From Dreirdre “Dad’s first job in the studios was with Walt Disney, where he made a whopping $10.00 a week. After that he held slightly higher paying jobs at Looney Tunes and Merry Melodies.”

“In 1941, he went to Twentieth Century Fox, his first job was building miniatures, but he spent every spare moment downstairs in the Matte Painting Department, talking to the artists and getting to know Fred Sersen, the head of the department, until he finally talked his way in as an apprentice painter.”

“In 1955 Dad went hunting for another job, but now he was looking for one that would make him the head of the department. He finally landed the position as head of Matte Painting at MGM, where Warren Newcomb, a most eccentric man, was about to retire.”
“In 1962 Dad quit MGM”

Retirement merely meant a different focus for his art.
He illustrated children’s wildlife books and did illustrations for national magazines and for companies including Brown & Biglow and Gibson Greeting Cards. Many of Lee’s paintings have been reproduced as limited edition prints. They have achieved a remarkable “sold out” record, thanks to his ever-growing popularity with collectors.

A sample of wildlife painting. 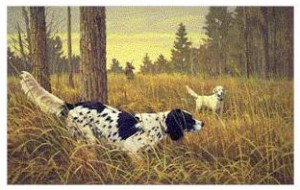 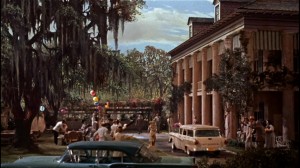