Before getting into ILM matte department, Sean Joyce made some matte painting works for David Stipes productions.

“These are Sean Joyce (pre ILM) images for “Tales of the Gold Monkey” David Stipes designed the shot and did all element and matte photography.
Sean did the painting as an employee of David Stipes Productions.
This was a rear projection comp. You will see on the painting only image that we used a very soft split through the sky and palm fronds.
The palms were blowing around.
The high speed smoke pass has not been added yet.” 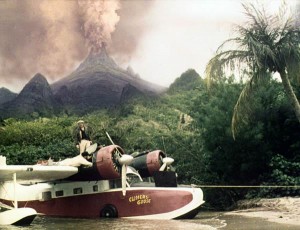 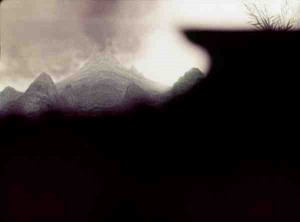 Matte painter Sean Joyce working on a painting for “Willow” 1989. 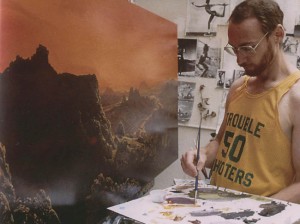