In 1978, I was lucky enough to land a job at Van der Veer Photo Effects, one of the small group of great optical houses that worked for many years creating high-end visual effects for films and TV, among them, the Original STAR TREK series. Granted, I was at the bottom of the totem pole, as a gofer/janitor (I was a REALLY lousy janitor), but I was allowed to hang out in any area I wanted, and was quickly put to work in my off hours doing rotoscoping work on 1941 and NIGHTWING; helping move miniatures around the blue screen stage, processing hi-con mattes, and other little jobs that are expected of an apprentice. My favorite area was the Matte Painting room, where I would gaze, enthralled, at the artwork of Lou Litchenfield, Mike Lloyd, and others, and I quickly decided that Matte Paintings were what I wanted to do, among other things.
He has lent his talents, usually in the area of technical or visual effects work, to a number of low-and-medium budget feature films, four of which were produced by Roger Corman, including Masque of the Red Death (1989), and Wizards of the Lost Kingdom II (1989), as a matte artist/cinematographer. He also created matte paintings and photography for the Paulco films Fate and Eternity (1989).
In 1983, Pony began producing and directing TV commercials. In 1992, Pony left the west coast to move to the Washington, D.C. suburb of Reston, Virginia. There he joined the staff of the Times Community Newspapers as a photojournalist and writer.
By late 1994, Pony was back in Los Angeles, doing freelance journalism for several newspapers and magazines. Since 2001, Pony has been producing a lifework under his own company banner, Gravity Arch Media.

Matte shots from “Wizards of the lost Kingdom II 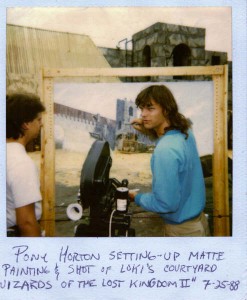 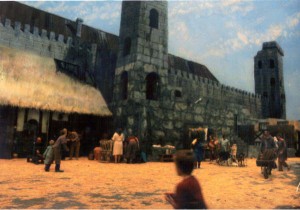 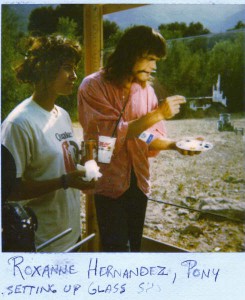 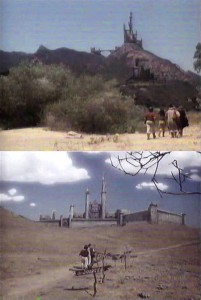