Jenna Holman started to work as matte artist during the middle seventies. She painted mattes for David Allen’s unfinished project Primevals (1978).Latter on she worked at VFX house Universal Hartland, alongside with Dan Curry painting for TV shows like Buck Rogers (1979-80). She also worked very often with David Stipes who kindly sent me some of the pictures I’m showing here like the ones from The Nude Bomb.

Jenna Holman painting a moutainscape for “Primevals” the Unfinished film by  David Allen. 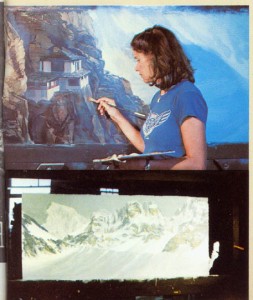 Jenna´s painted house over the rocks for Jagged Edge. 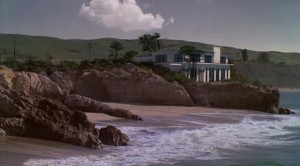 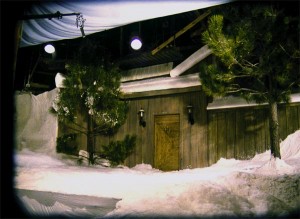 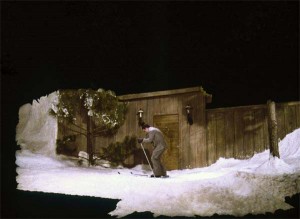 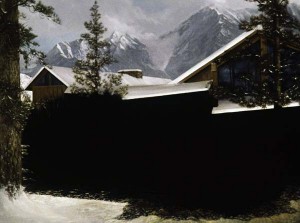 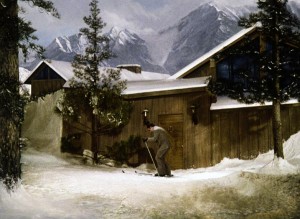 Jenna painted some aerial and stratospheric views for The right stuff. 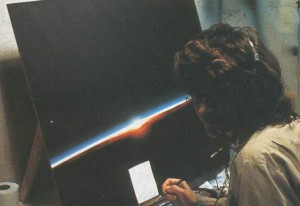 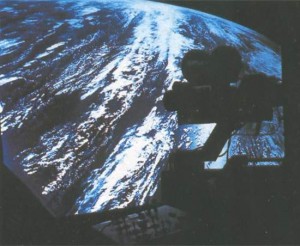 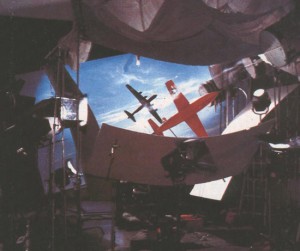 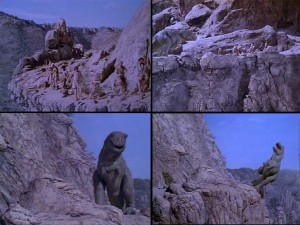