Jim Danforth was born in 1940 in an outskirt of Cleveland, Ohio.Danforth first saw the legendary King Kong when he was I 2 years old during its second theatrical reissue.Danforth also mentions Alexander Korda`s production of The Thief of Bagdad and the action-adventures Lives of a Bengal Lancer and Beau Geste as films that affected him greatly.At the age of I5 Jim collaborated with two friends to produce Snag of Time. In it travellers journey backwards in time to study the lncas. But they encounter a snag in time and find themselves in the Mesozoic age and a land full of dinosaurs. ‘The models were terrible” says Danforth. “But we did some slightly more elaborate composites. During his teen years he exprimented with stopmotion animation, matte painting, miniatures and other effects, untill star working at Art Clokey Productions.

For more information read the article from  the Cinemagic magazine:

Jim Danforth and his wife  Karen Tutle, with a matte
painting made for TV miniseries “The blue and the gray” 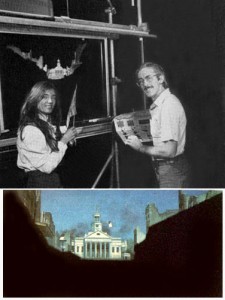 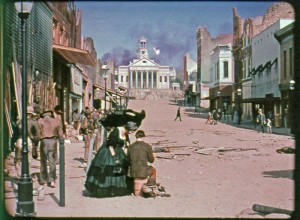 Danforth working on a painting for Planet of Dinosaurs. 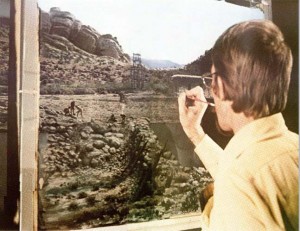 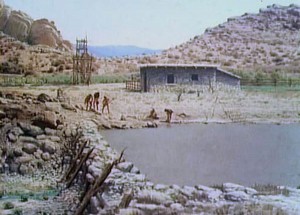 The full gallery is not available yet but you can visit the old site: