Johannes “Hans” Bartholowsky was born in Germany on Aug. 1, 1868. Bartholowsky settled in Los Angeles in 1889. Beginning with the silent movies, he worked for many years as a special effects artist for Cecil B. DeMille.

Bartholowsky started working in 1918 at the Lasky Studios when the glass shot technique was in use.  He also worked as a scenic artist for Paramount during the thirties. He later worked as a matte artist at Columbia Studio until he moved across to Warner Brothers probably sometime in the early forties to work under Byron Haskin. 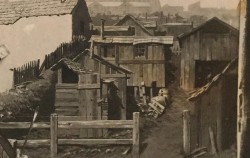 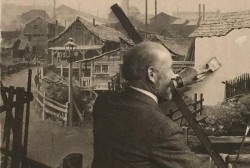 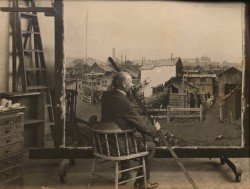