According to Leon Barsacq´s book ” A history of film design” When Percy Day leave France to return to England around 1932, some art directors like Jean Perrier begun to execute their own glass paintings for their films. There is a chance that Percy day made these paintings before moving to U.K. but most probably it was done a Jean Perrier or some other French artist. 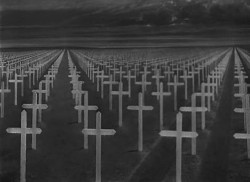 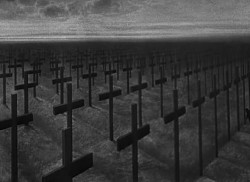 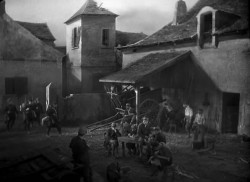 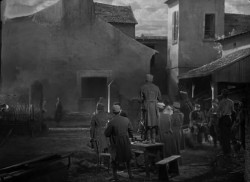 The soldier´s hat disappears behind the painting during some frames. 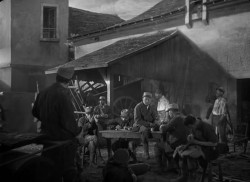 That dawn on the battlefield looks like a miniature tabletop with a painted backing. 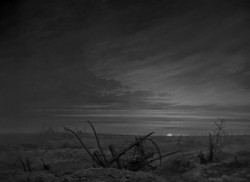 A battlefield set with a beautiful backdrop painting.