Christian von Schneidau (1893–1976) was a well known California portrait painter who was recognized for his paintings of Hollywood stars and the Los Angeles elite. During the Roaring Twenties he painted Mary Pickford and other figures from the film industry as well as a number of outdoor figures done in the classic American Impressionist manner. Von Schneideau was born in Ljungby, Kalmar County, Sweden 1893, with the name Bror Christian Valdemar Von Schneidau, but went by the shortened Christian von Schneidau. In addition to his portraiture, von Schneidau was also a landscape painter and a private teacher who passed on the French principles of instruction, which he learned at the Art Institute of Chicago to his students. Von Schneidau was also the founder of the Scandinavian-American Art Society in 1938 and served as its president for many years. He was also an active member of the California Art Club. 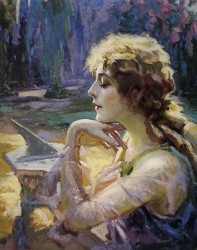 During the 40´s he worked at The T.C.Fox matte department under Fred Sersen. 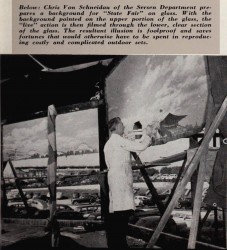