Biography:
Bob Bell,  began his career at Pinewood Studios, creating storyboards for films such as `A Tale of Two Cities’. Then he went to Special effects matte department where he meet Cliff Culley. In the late 1950s, he joined Gerry Anderson’s AP Films, and worked as art director on various series, including `Thunderbirds’ and `Captain Scarlet’.

Bob Bell: ” I first met Gerry Anderson in about 1959. I was working at Pinewood studios in the special-effects department, but was about to be made redundant. A friend there said “I know somebody who’s working over in Maidenhead, making some films about puppets, I’ll introduce you.” Puppets, I thought! Who wants to make a film about puppets? Anyway, he introduced me to Gerry and my flash impression was that I liked him.” 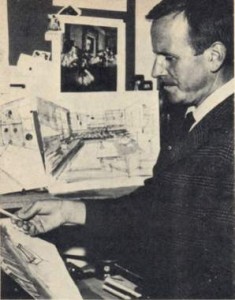 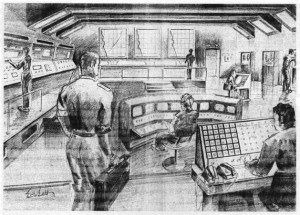