The tower of babel was shot on two sets in two different countries. The base was built on the studio’s back lot (in Italy), whilst the summit was built on the top of a steep slope outside Cairo. However, to give the impression of a tall tower they used a glass shot executed by Italian illustrator Silio Romagnoli. 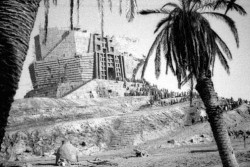 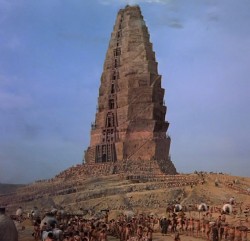 I assumed that was also a glass shot by Romagnoli.

The Noah Ark was built full size in Rome  ( 60 meters) by the team of  Italian constructor Aldo Puccini. 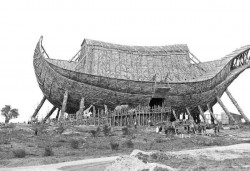 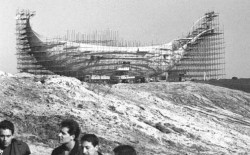 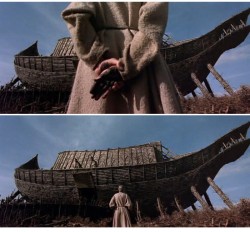 I always thought that was a partially built set enhanced by  a matte  or glass painting, but I guess it is just the real set.

Carlo Rambaldi was in charge of some special effects like the construction of three miniatures of the Ark . As the rainbow is not reflected on the water, I guess it was also  painted on glass.

A Carlo Rambaldi design for the mechanism on the ark miniature during the flood. 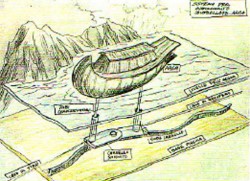