From Bob Cuff:
“Ray Caple was already working as Les Bowie’s Matte Artist and had been trained by him from an early age. He was a gifted painter and modeller and did his own camera work. Many mattes from Bowie’s were painted and put together by Ray. Unfortunately, Ray died from illness in about 1989(?). I shared all the matte work at Bowie’s with Ray.”

From Martin Body:
“I worked with Ray Caple on ‘Battle of Britain’ and later on some commercials, when he did a number of paintings for Peerless Camera Co., where I currently work.
Ray combined them on his own camera set up, helped by his partner, who was a pretty good matte painter in her own right.s.
Ray Caple’s tragic death in, I think, the early nineties, came as something of a shock. Some months before that, a Moy Head (a particularly heavy camera mount) dropped on his foot, causing severe damage. This was obviously very painful and the painkilling medication he was on unfortunately masked a growing stomach ulcer, which burst and he died.

I first worked with Ray on ‘Battle of Britain’ in 1969, at a company called Lowndes Film Technical Services Ltd.  The company was owned by Harry Saltzman and run by Ray.  I believe that Wally Veevers had an interest in it too.

After Lowndes Film Technical Services folded in 1970, we all went our separate ways.  Ray worked as a freelance matte painter after that.  I didn’t see him for many years, then Peerless Camera Company used him to do a number of matte paintings on commercials.  That would have been in the early 1990′s and he carried out all the painting and camera work at his premises in Maidenhead.” 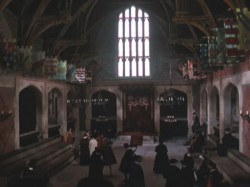 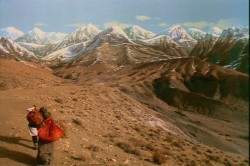