Some images from a VHS copy of the German TV documentary.
The set of the jail. 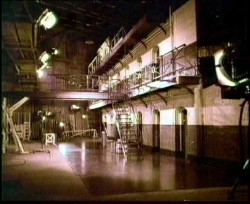 The plate with the unwanted areas matted out. 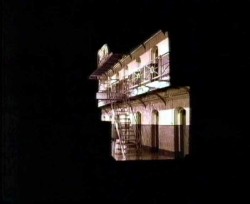 The painting at Universal Studios. 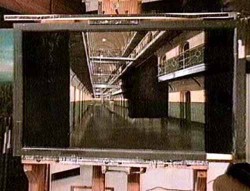 Detail of the painting. 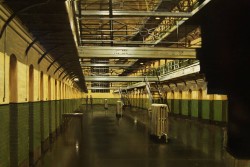 The other painting that Al Whilock made for Frenzy. The original plate was shot at Pinewood Studios back lot. Whitlock painted the rest , as theCovent Garden market in London.