Lenwood Ballard Abbot was much more than just a Hollywood cameraman. He was a genius with a camera who became known for his “Trick Shots” and also discovered new types of photographic special effects. Abbott was born in 1908 and began his career as a cameraman assistant in 1926 at the ripe age of 18, becoming a cameraman in 1943 after being asked by Fred Sersen, the head of 20th Century Fox special photographic effects department. In 1957 he became head of Special Effects for 20th Century Fox studios. Even more amazing is he stayed with 20th until his retirement in the early 70′s.
As an assistant, he learned from master cameramen the likes of John Seitz; Ernest Palmer; John Ford; George Stevens; and Henry Hathaway.

He is the man who learned that filming the explosions of miniatures at an extremely fast speed, the size and power look to be magnified. Abbot first used this technique in Tora, Tora, Tora. It won him an Academy Award.
Lenwood Abbott earned 4 Academy Awards and was nominated for another in his film career. He won for Tora, Tora, Tora, Doctor Dolittle (67 version), The Poseidon Adventure and Logan’s Run. The one nomination came for Journey to the Center of the Earth 1959 version 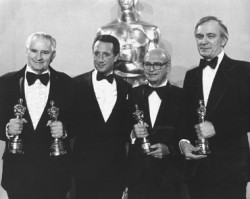 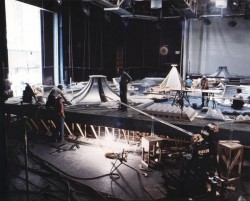 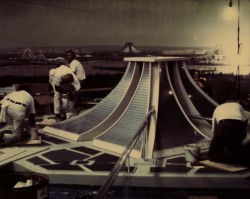 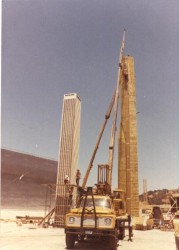 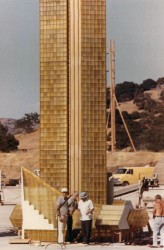