The budget slashing of Superman IV seriously affected the film’s visual effects. Harrison Ellenshaw, who had actually been brought onto the film by director Furie, was ‘very happy and anxious to do it.’ But he quickly discovered that the film’s budget ($17 million) was nowhere close to what the budget had been on any of the first three Superman films ($54 million, $54 million, and $39 million respectively).

Matte painting Maestro Peter Ellenshaw with some of his paintings for Superman IV. 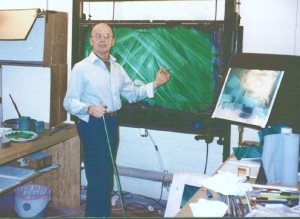 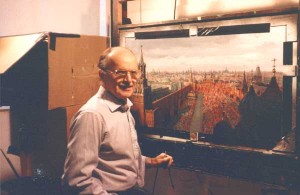 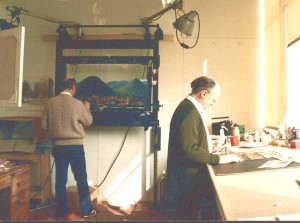 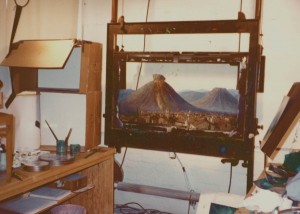 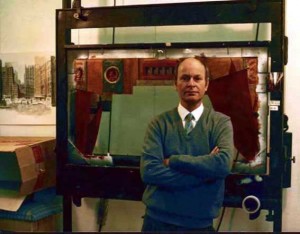 The real set without the matte painting.