Robert Arthur Hackborn was born in 1928 inToronto, and attended the Ontario College of Art (OCA) from 1948 to 1952. In 1955, Hackborn embarked on what would become a long and important career in the design and production of sets and visual effects for television when he took a position in the nascent Television Production unit at the CBC. Hackborn also worked as a production designer with director Donald Brittain on several CBC/National Film Board (NFB) co-productions. During his career at the CBC, Hackborn worked to pioneer various special visual effects techniques for television production including the “Glass Matte Shot”. Robert Hackborn retired from the CBC in 1993 after 38 years of service.

https://library.ryerson.ca/asc/2013/07/the-man-behind-the-glass-robert-hackborn/
Hackborn explains the technique behind the matte glass with some of his painting works. 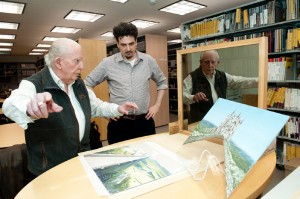 One of the matte paintings made for Fraggle rock TV series by Hackborn. 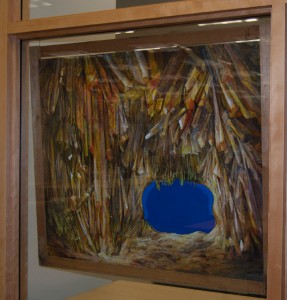