Richard Abelardo – or Mang Kandong to his intimates – is a visual effects man par excellence who pioneered in special effects in the late thirties to fifties and taught the craft to his relatives (brother-in-law Teody Carmona, brother Bayani Abelardo and nephew Benjamin Resella), later important film artists in this field.

Richard was born on September 29, 1902 in Bulacan. He learned scene design from his father, Juan Abelardo, the sculptor of the Biak na Bato monument and the foremost scenic artist of his time. His father painted the backdrops of zarzuelas and stage presentations at the Zorilla and other theaters. Early in his teens, he became scenic artist for a photo studio. He was commissioned to do the sets of a silent film being photographed by Ricardo Marcelino. However, the production wasn’t finished, but this firmed his resolve to go to Hollywood. He learned to play the saxophone in first cousin Nicanor Abelardo’s orchestra and applied as musician in a band playing aboard a President liner. In 1923, he jumped ship in San Francisco and motored to Hollywood.

He stayed with an American family as a gardener and painted in his free time. The family noticed that he had artistic talent in more areas than gardening. He was hired as a service painter in theaters with the Flag Company. He joined the union and secured a painting job at Universal Studios. Proving himself at Universal, he was given work at Warner Brothers, and MGM. He observed and learned quite a bit about the craft of making films.

He married an embroiderer from Malate and had two girls, Louise and Rita. He paid for his brother, Bayani’s, education as a camera man. His wife, Salud (née Carmona), learned how to be a make-up artist. In 1935, the whole family went back to the Philippines due to the Depression.
He was invited by Vicente Salumbides to work on his Florante at Laura (1949). For this, he created the domed palaces of the fictitious royalty. He worked at X’OTIC when it opened in 1939 and was later summoned by his kababayan Dona Sisang to work on Ibong Adarna. He introduced the crane to local filmdom in the movie Palaris and background projection in Ibong Adarna. After the war, he opted to stay in the Philippines, working for Palaris Productions, Fernando Poe Sr.’s movie company.
He directed his first film for him in 1948 with Malikmata with Jaime de la Rosa. Dona Sisang got him to direct Engkantada (1948) for LVN, about archaeologists stumbling upon the fabled kingdom of Mu ruled by centuries-old Lilia Dizon. As it was the last film of Lilian Velez, it was a big hit at the box-office. His career as film director already established, he, however, continued to do special effects. In 1950, he worked on Fritz Lang’s An American Guerrilla in the Philippines.

Richard also pioneered in prosthetics with the hairy face of Jaime de la Rosa in Taong Paniki (1952) and the giant reptile in Tuko sa Madre Kakaw (1959). For Big Shot, he developed a special kind of trick photography that would show dancers atop a ceiling. Aside from films, Richard designed the sets of some theatrical productions, especially those of Bert Avellana’s Barangay Theater Guild 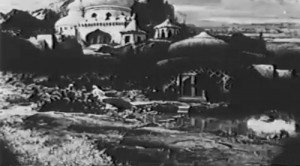 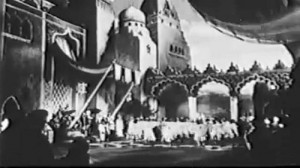 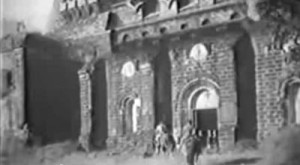 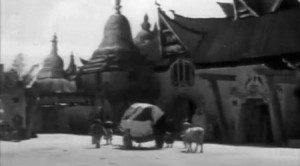 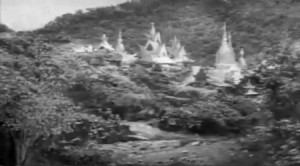