Amedeo Gigli was born in Rome on March 2, 1931.After completing his studies at the Art Lycée, then at the University Faculty of Architecture and at the Fine Arts Academy, he started to work doing illustrations for magazines, Advertising Agencies, Publishing Houses, Companies and Privates.
“Around middle 50´s while I was working for the “Oltre il cielo” magazine, I met Mario Bava. However, he looked for me, because he liked my works and wanted me to cooperate for the production of “Miniatures”. These miniatures were historical images which must be painted in a realistic way. From that moment, my long activity of artist began. I worked for a series of historical film and thanks to this I could meet the famous actor Steve Reeves”
He worked with Mario Bava from  1956 to 1963, painting miniatures for his films.  Mario Bava provided photos of the locations and Gigli painted the miniatures on cardboard to later cut out the painted elements. Then it was pasted over a glass. Mario Bava took the glass on location and filmed the trick.

He also collaborated at some Italian films doing some decorative paintings, and with Italian Television channel (RAI) executing some paintings that were used as background using the chroma key technique.
He stopped working with Mario Bava at early 60´s  and move to Milan to concentrate on his illustration career.

To see more of his work visit his site:
http://www.amedeogigli.it/

A young Amedeo Gigli at the time he was working for Mario Bava. 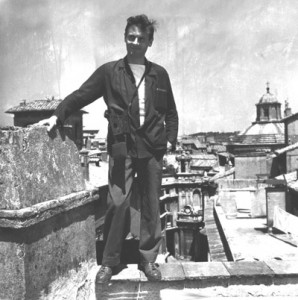 Illustration  by Amedeo Gigli  which made Mario Bava think that he could paint mattes for him. 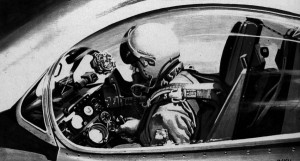 Grafic made by Gigli to show how his paintings were filmed by Mario Bava. 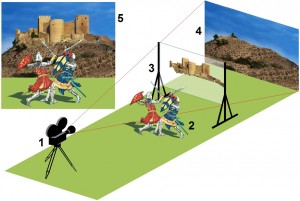 Four paintings that Gigli made for  RAI (Italian TV) to be used as background with chroma key compositions. 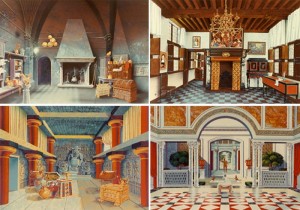