Charles Assola was an Fx artist, sculptor, painter and model maker who learned the glass and matte painting technique with Rusian born Miniature expert Nicholas Wilke. Assola collaborated with him making models and painting mattes. He worked also with art director Eugene Lourie, with him he executed several foreground miniatures.

A hanging miniature from “Crack in the world” (1965). The ceiling of the laboratory was a miniature perfectly matched with the set.Assola supervised the construction of the miniature at Sevilla Films Studios in Madrid, with FX and miniature expert Francisco Prosper. 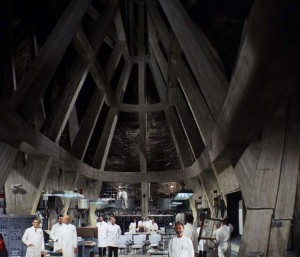 For the film Les 3 mousquetaires (1953)  Nicholas Wilke was in charge of miniature FX. They used hanging miniatures for ceiling and some matte paintings that were executed most probably by Assola. 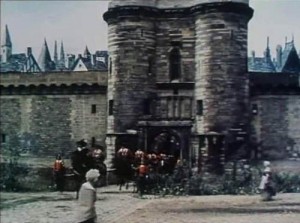 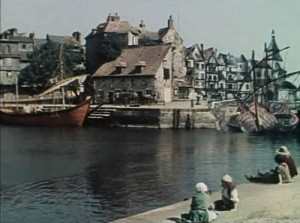