Matthew J. Yuricich (born January 19, 1923) is an American Academy Award-winning special effects artist. Yuricich won the 1976 Academy Special Achievement Award for visual effects in the movie Logan’s Run. He was nominated for the best visual effects Oscar for his work on Close Encounters of the Third Kind in 1977.
He worked in the movie industry since 1950 with 20th Century Fox, M.G.M. and Paramount Studios at matte artist.
His department heads were Fred Sersen at Fox, Warren Newcombe and Lee LeBlanc at MGM,and later Bob Hoag at MGM.
After he left MGM at early 70´s he worked freelance. Very often was recuited by Frank Van Der Veer, with who he worked at Fox FX departement during the 50´s.
During the 80´s the worked at Richard Edlund “Boss Filsm” as Chief matte painter. He retired from matte painting at 1990.
Before becoming an award winning special effects artist, Yuricich received a Bachelor’s degree in Fine Arts from Miami University in Oxford, Ohio where he also played football.

A signed photo of Matthew  with Marylin Monroe for his friend Rocco Gioffre. 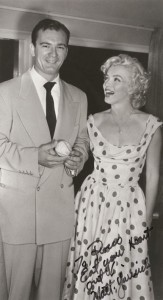 Mat Yuricich working on a painting for Ben Hur. 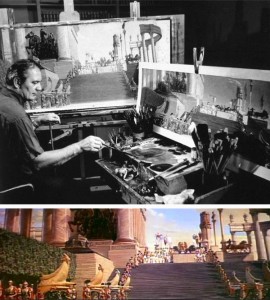 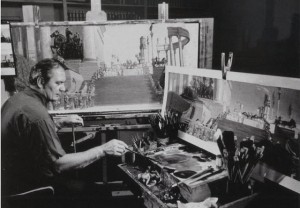 Yuricich working on a painting for Blade Runner. 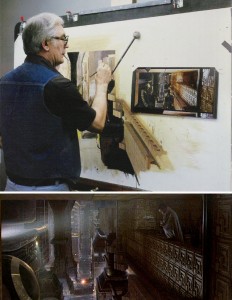 Mat Yuricich with  a painting for Ghostbusters. 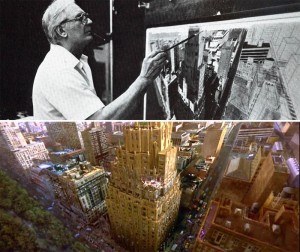