He born Albert Maxwell Simpson in California July 15, 1893 and passed away in Glendale, California, August 12, 1980.
A month ago I’ve received three obituaries on Simpson from the National Film Information Service of the AMPAS. The obituaries were published in Variety Daily (August 21), The Hollywood Reporter (August 20) and the Los Angeles Times (August 25).
Since the obituaries contain infos I’ve never seen before, I think they came directly from his family. The biggest surprise was to find that he worked in ‘King Kong’, according to the LA Times and Variety Daily. It’s the first time I see this information: usually the artists cited for ‘King Kong’ are Mario Larrinaga and Byron L. Crabbe, and sometimes we can find also Juan Larrinaga and Henri Hellick.
The articles report he started his career in 1915, painting backdrops for vaudeville theaters, before entering in motion picture business. He painted mattes for DW Griffith ‘Birth of a Nation’ (1916, besides the pioneering work of Norman Dawn this is the oldest movie I know employing matte painting technique), De Mille ‘The Ten Commandments’ (1926) and ‘In Old Arizona (1928, the first Fox talkie, filmed outdoors).
In 1937 Simpson joined Jack Cosgrove’s facility at Selznick company to work on ‘The Prisoner of Zenda’. Later on he teamed with Cosgrove, Fitch Fulton and Jack Shaw for the shots of Tara and Atlanta in ‘Gone With the Wind’ (1939) and painted Manderley mansion for Hitchcock’s ‘Rebecca’ (1940).
As reported in Craig’s book, Clarence Slifer had always words of appreciation for Simpson’s ability for blending live action with the painting.
After Mario Larrinaga left RKO to join Warner matte department, Simpson was often called on and painted mattes for ‘The Devil and Daniel Webster’ (1942), ‘The Enchanted Cottage’ (1945), ‘Bedlam’, ‘Crack Up’, ‘Sister Kenny’ (all 1946) and the ill-fated ‘The Conqueror’ (1956) starring John Wayne and Susan Hayward.
He was also available for Jack Cosgrove’s calls, working in ‘Meet John Doe’ (1941, Warner Bros.), ‘The Pride of the Yankees’ (1942, Goldwyn), ‘Duel in the Sun’ (1946, Selznick). Another credit is the John Parker production ‘Dementia’ (1953 but released in 1955).
When RKO closed in 1957 Linwood Dunn moved the effects people and equipment to his company Film Effects of Hollywood, so Simpson painted mattes for ‘The Great Race’ (1965) and ‘Hawaii’ (1966).
He also served as president and v.p. of Local 790 of the Motion Picture Illustrators and Matte Artists. 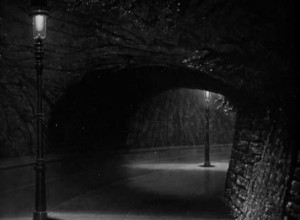 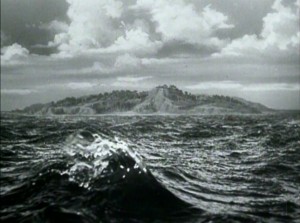 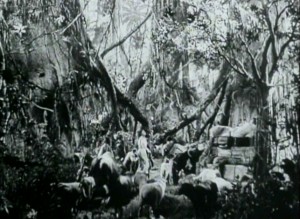 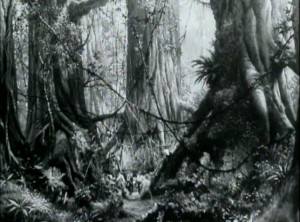 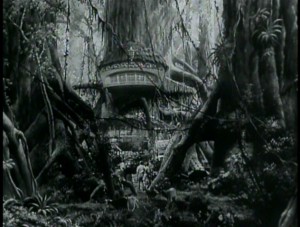 The film begun with a zoom into a matte shot, with a minimun. 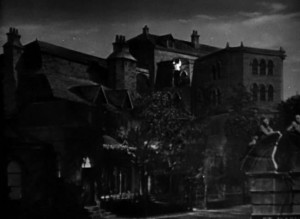 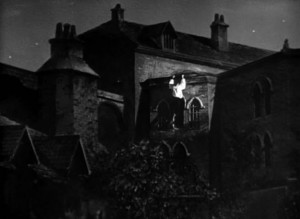 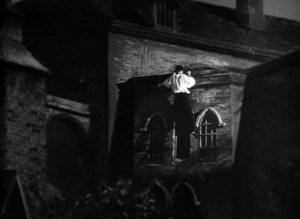 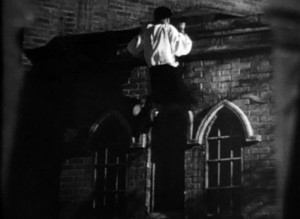 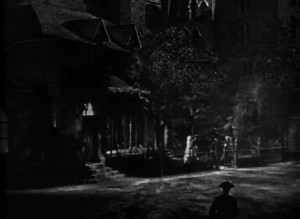 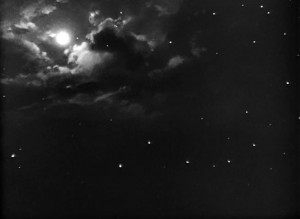 Matte paintings from The great race 1965. made at Lingwood Dunn´s Films Effects of Hollywwod.