Landscape painter, illustrator. Born in Bedford, Iowa on January 24, 1884. Scott studied at the Boston Art School and with Richard Andrews, Edward Kingsbury, and E. Feton Brown. From 1910 he worked in San Francisco for the Commercial Art Company while living across the bay in Mill Valley. Settling in Los Angeles about 1930, he was a special effects matte artist at the 20th Century Fox Studios from 1933 until retirement in 1950. He died in Los Angeles on October 6, 1959. 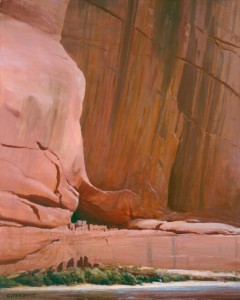