1970. The first Scenic Backings for a film were as an assistant at Columbia Studios on “A Walk In The Spring Rain”.

1971 to 1974. I worked at independent Scenic shops on Amusement Park rides and Theater, for Disney, R L Grosh, and Sons, and Sid and Marty Kroft.

1975. I worked at Warner Brothers scenic department on several films which I can’t recall right now other than the 1976 “A Star is Born”.

1979. I left Scenic Art to work with John DeCuir Senior at WED (Disney Amusement Park Division). That work ended when John left and they kept me as an illustrator for EPCOT. I worked at Disney (WED) the amusement park division during the late 70’s and early 80’s: after that, I worked at Disney Studio in Burbank.  Lou arrived at WED during the early 80’s as a Supervisor.  He was also working with Frank Van der Veer as a Matte Painter and Supervisor of Effects.  Lou asked Frank to hire me as his assistant since he was busy at WED.  Lou liked my work so he let me do the paintings for Flash Gordon, George Washington and The Bounty.

While working at WED in the last few years I met Lou Litchenfield who asked me to assist him on his ongoing work with Frank Van der Veer. Lou trusted me to do the work at Van de Veers alone, so I did “Flash Gordon” and “George Washington”  alone with him giving approval.  An interesting note is that Lou would walk in before filming them with a small dish of only black paint and white paint and a small brush to add smears and dots if he wanted to “bring them alive”.

1992. Super Mario Brothers – started paintings traditionally. While painting traditionally, I was interested in learning digital painting. At some point, I reworked the traditional paintings on a Macintosh with Photoshop.

1993 to 2013. Worked as an independent in my home studio while also helping Illusion Arts, ILM, Hammerhead, Zoic and others from my home studio. 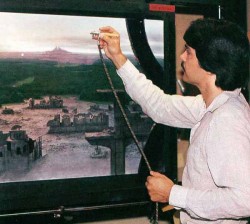 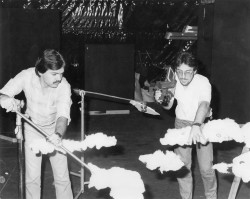 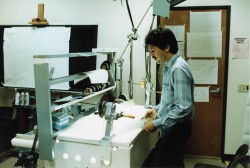 I want to thanks Robert Scifo for letting me show photos of his original paintings. 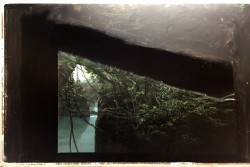 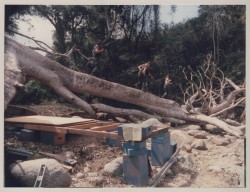 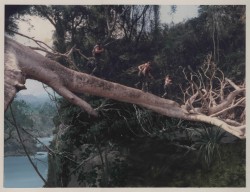 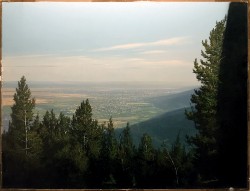 Some Illustrations he made during his time working at EPCOT. As an interesting note: In the Moroccan Illustration, The second person from the left is Robert Scifo.  The Architect representing Morocco asked for his team and the top people at WED to be the people in the illustration. 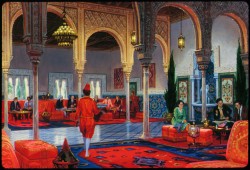 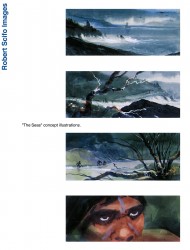 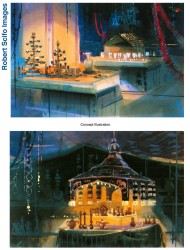 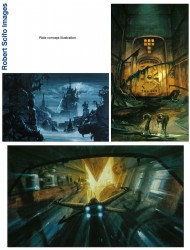