Biography:
A painter and etcher, Clifford Silsby was born in New Haven, Connecticut (1896) and died in Los Angeles(1986). He studied in Paris at the Academy Julian and the Ecole des Beaux Arts. For many years, he was a special effects artist for motion pictures in Hollywood and New York and lived primarily in California from 1912 to 1962. He was the adopted son of Wilson Silsby.
Clifford Silsby worked as matte painter at T.C.Fox Studio under Fred Sersen, and at Warner Bros FX Stage 5, under Lou Lichtenfield.
All his work during these years remain uncredited.
At the sixties he joined Linwood Dunn Company, Film Effects of Hollywood. 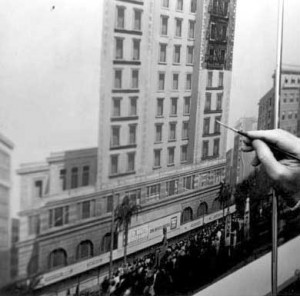