Biographical information and pictures from his family tribute site: http://www.pgmagallanes.com/CRivas/index.htm

Biography: Born on February 2, 1877, in the city of Zacatecas, Mexico. From his childhood, he was an exceptionally gifted artist. He learned the techniques of mural paintings so fast that with 17 yeast old was assigned to paint a mural into the Zacatecas cathedral.
In those days, it was routine for the Catholic Church to commission large murals and other artworks to adorn their houses of worship. Rivas would work for several years sometimes, executing large paintings on religious subjects. His first such commission, in fact, came when he was only 17, and was well enough received that he was able to make a very good living this way until he was 45.
In 1923, the violence in Mexico forced him to leave the country and settle in L.A.
Rivas’ life in California was considerably different as he learned that American churches rarely hired artists to do original work. Besides murals, Candelario often painted for the studio large estate-type portraits for the wealthy, particularly in the Los Angeles area. Candelario Rivas repeatedly refused to work for the Hollywood movie studios. But on one occasion, with work hard to come by, he accepted a week long commission to paint a castle with pastels on a three by four foot blackboard. It was a last- minute requirement by MGM, and he received a handsome fee worth about three months rent ($100). The studio was pleased with the pastel work and it was used in the movie The Wizard of Oz as the wicked witch’s castle. Soon after, he was offered a full-time job. Not easily persuaded by money, Candelario declined the offer and told his family that he would have lost his soul in the corruption of the film industry.
He continued to do religious paintings when he could, but the commissions were rarely as large as those in Mexico.
He passed away suddenly from a heart attack on June 29, 1949 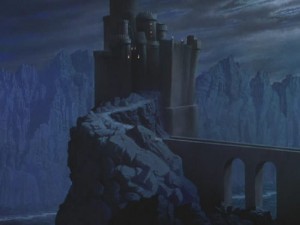 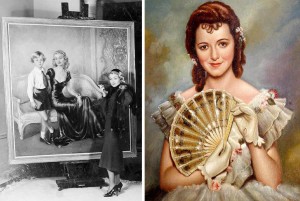 Some samples of his mural paintings. 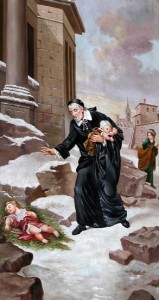 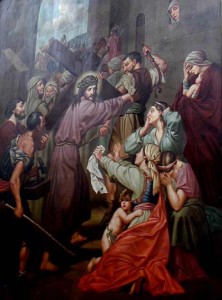