Andrew Probert’s artistic career began on the small screen, designing the robotic Cylons for the original “Battlestar: Galactica”, moving on to the big screen as a major design contributor for “Star Trek: The Motion Picture”, working to update the overall look of Starfleet ships & hardware. This led to a number of television and feature-film projects, including “Airwolf”, “Streethawk”, and “Back to the Future”. In 1987, Probert’s last Hollywood project proved to be the one for which he is most well known: “Star Trek: The Next Generation”.
In 1989, Probert joined Walt Disney Imagineering, designing various themepark rides & attractions. Years later, he entered the video game industry working with Spectrum Holobyte, Sega, Perpetual Entertainment, and Lucid.

To know more visit his site:

Andrew Probert at work, doing some illustrations for the paintings that Matthew Yuricich latter painted on glass for Star Treck the movie 1979. 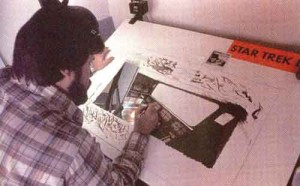 Some other illustrations that he made for Star Treck the movie 1979. 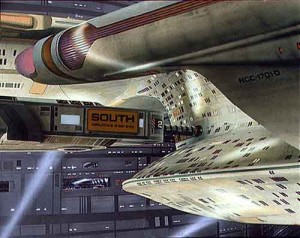 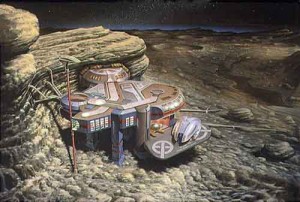